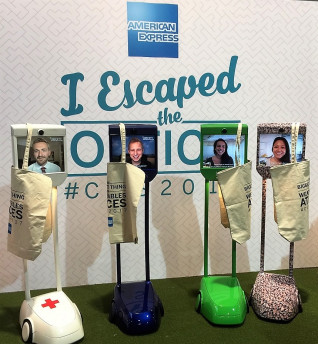 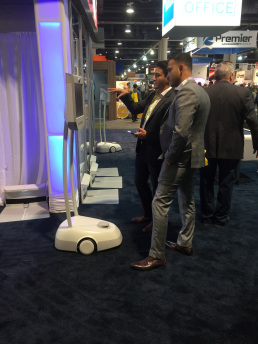 Last week I had the opportunity to attend CES and I noticed the rise in both robots and robotics. That got me thinking…the word “robot” means a lot of different things to different people. If you’re a Baby Boomer, you think of the robot from the TV show “Lost in Space” (which, by the way, was named Robot) with some fondness; it got young Will Robinson out of trouble more often than not and was worth its weight in, well, space dust. Gen X’ers think of R2D2 and C3PO from the “Star Wars” movies. If you’re a Millennial, maybe the word conjures up images of “Mr. Roboto” and Styx.

Whatever the word means to you, it’s probably a positive connotation. Robots were/are designed to help us, to be partners. That’s why many of them look like us. Webster’s dictionary defines “robot” as “a machine that looks like a human being and performs various complex acts (as walking or talking) of a human being.” We’re fascinated by them; walking, talking computers that (seem to) enjoy performing tasks we humans would consider odious, or frightening. Military robots save lives by acting as advance “scouts” on patrol. Urban police teams use bomb-sniffing robots instead of risking lives. Dallas police officers even used a robot to kill a sniper earlier this year.

There has certainly been a side-by-side rise in robotics that’s been cause for some concern, as in drones or autonomous cars that aren’t perfected yet. But robots are a different story. We’ve all seen the videos of Boston Dynamics team members kicking their four-legged “dog” robot, Spot. Trying to throw the dog off balance helps the dog be a better robot. The videos are kind of tough to watch, because we feel connected to the dog robot, even though we’re fully aware that the mechanical dog can’t feel pain or be embarrassed about being kicked. It looks so much like a dog that we have trouble thinking of it as a robot. We don’t want them to kick the dog.

Beam isn’t technically a robot — it’s remote-operated by a person — but it calls to mind a robot. It doesn’t look like a robot; it looks like the person who is piloting it. Because of this, people develop a genuine affinity for Beams (even more so than the “dog.”) They make us smile, whether it’s a friendly face on a factory floor, a loved one joining you for dinner, a classmate, or a doctor. One thing I saw over and over again at CES was the very stiff initial interaction between Beams and attendees; stilted (but friendly) hellos and introductions. Once a conversation got going, though, it’s amazing how quickly body language and involvement changed — talking to someone piloting a Beam is genuinely like talking to that person. I saw a women pass by with a group of friends and do a double-take at one of our Beams; she then squealed in delight and actually put her hands on the Beam. A Beam Hug. Turns out, she’d gone to college with the woman piloting the Beam. It was gratifying to see how happy they both were, and how the woman’s affection for her former classmate extended to the Beam.

As more and more Beams move into workplaces, college classrooms, senior living facilities, hospitals, and homes, they will become ubiquitous. We will trust them and think of them as the people in our lives that occupy them. From a November Newsweek piece; “Economists have shown time and again that automation helps overall standards of living rise, literacy rates improve, average life span lengthen and crime rates fall.”

To all of those statistics, we can add, Beams can make you happy. 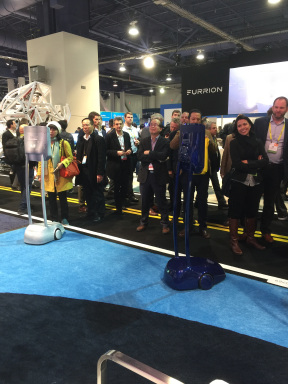 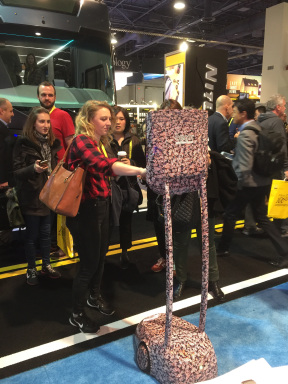