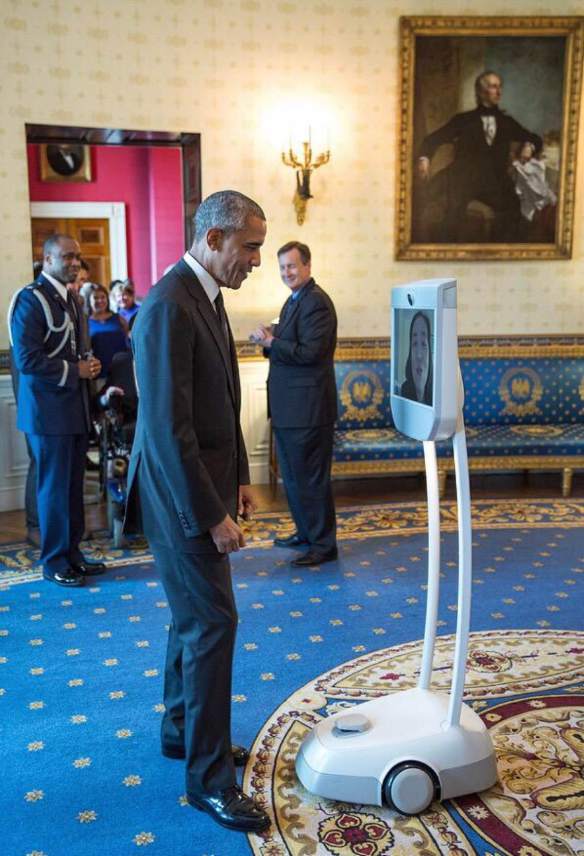 From Storify: #ADA25 at the @WhiteHouse

“On July 20, 2015, President Obama spoke in the East Room of the White House about the 25th Anniversary of the Americans with Disabilities Act. Many members of the disability community attended the event including Alice Wong, Founder and Project Coordinator of the Disability Visibility Project. Alice attended the event remotely using BeamPro, a telepresence robot that allows a person to stream live with a webcam and move around simply by clicking the arrows on a laptop’s keyboard. Apparently, Alice was the first person to use this type of device in the White House.” – Alice Wong

VIDEO: President Obama Celebrates the 25th Anniversary of the ADA