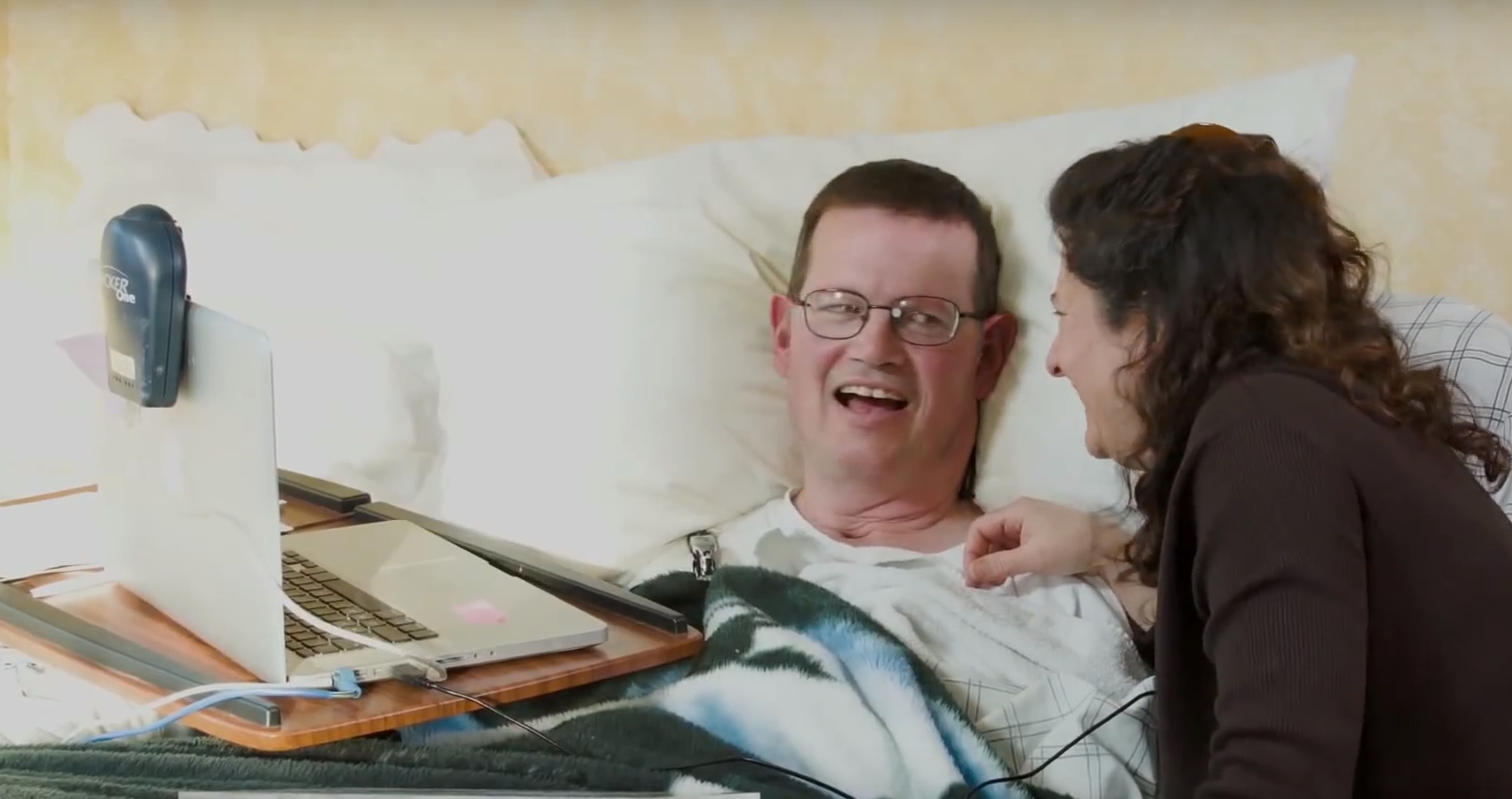 Henry Evans, the “inspiration and instigator” of Robots for Humanity (R4H) travels the world via Beam spreading the word about how technology extends capabilities, fills in weaknesses, and lets people perform at their best. When he was 40 years old, Henry suffered a tragic stroke, which rendered him mute and quadriplegic. We’ve featured Henry’s moving story on our site before, and are continually honored to help support his work as an active advocate for telepresence technology to, as he puts it, “help the disabled or bedridden experience the world again.”

We recently caught up with Henry and were fascinated to learn about some of his most recent adventures, his take on what other emerging technology really excites him, and what advice he gives others with disabilities today.

Q: How did you first find out about Beams?

A: I became aware of telepresence because I was participating in a program called “Robots for Humanity” at Willow Garage at the same time Dallas Goecker developed Texai, the predecessor of Beam.

Later, after Beam was built, I used to log in at night and practice driving around the lobby of Willow Garage using my head tracker. I immediately saw the possibilities for people like myself who suffer from mobility impairments. Since then, I’ve used Beam to tour museums and to give speeches all over the world, from Sydney, Australia to Barcelona, Spain. (You can see videos about my adventures on my website page regarding the Beam.)

Q: Where have you Beamed into recently? What’s been your favorite? (museums, conferences, maybe something else?)

A: Here is a partial list. I also got to tour Jay Leno’s garage recently via Beam, and I give a guest lecture at Caltech every year. I participate in a research group at Georgia Tech every week, as well as my “normal”occasional museum tours and talks. All of the trips are memorable, but one which was especially unique was my tour of a palace in South Korea.

The most common place I use Beam is in my home (since I can’t get out of bed by myself). I usually use it several times a day.

My wife and I were recently featured on Beyond Geek where we talked about all the ways telepresence allows me to Beam into places around the world.

Q: What speaking engagements do you have coming up that you’re most excited about?

A: The speeches seem to come in bunches. Right now I am preparing to present a talk about technology to a retirement community in Marin, and I will be a featured speaker at the No Barriers National Conference in New York. My most memorable speeches were the three TEDx Talks, one of which got over 1,200,000 views and was translated into 28 languages.

Overall, I’ve made almost 30 speeches all over the globe.

Q: In your TED Talk in Sonoma County, you give recommendations on where the ADA should focus its efforts over the next quarter of a century. What progress have you seen since then? Any new ideas or possibilities you’ve seen since that time?

A: In that talk, I laid out a few major goals:

I have not seen anything substantial on the legislative front yet; just normal industry growth.

I have not seen anything on the legislative front for this goal, either, although a new opportunities have emerged on the technological front in regards to increasingly ubiquitous voice interfaces. Think about the possibilities -- to be called “ADA compliant,”  a building or conference room would have to offer certain minimum accommodations (i.e. ramps, electric doors, electric windows/window shades, etc.) and all such electrical devices (i.e. lights, doors, elevators, etc.) would have to be voice activated. That way many more disabled people could gain access and participate in the workforce in an increasingly seamless manner.

This goal actually has seen overt progress, as evidenced by the Gateway website, which has a searchable database of user contributed videos where people with a variety of limitations, their families, and professionals illustrate what’s possible, and share creative solutions to overcome challenges. The more this information is available, the more people with disabilities can see how others have found ways to accomplish tasks, and can therefore learn by imitation.

Q: How do people react when they see you on a Beam? How quickly do you think people get to the point where they are talking to Henry, and not to a “robot?”

A: It varies from no reaction to complete amazement, depending on the individual/crowd. Sometimes the exact same speech will elicit a fairly muted response one day, while the next day in a different city, it will draw tears and a prolonged standing ovation.

When I meet people on the Beam, some will jump right into a conversation with me, acting as if I am right there, and others may take a bit to get used to it. Kids universally love all aspects of the Beam experience.

Q: Do you have a special name for your Beam? Do people have a nickname they’ve given to your Beam?

A: Oddly enough, I don’t. That is actually a compliment -- people generally focus on the person who is coming “via Beam,” not on the device itself. It’s like asking, “have you named your phone?”

Q: You’ve referred to Beam as the “democratization of culture” -- can you talk about that a bit?

A: Sure. It came to me when I started Beaming into countries all around the world. Using just a laptop, I would effortlessly and instantly pop into many diverse cultures. While there, I would interact with people, give presentations, take tours, and otherwise just jump right into each culture. It became apparent that Beam was allowing me, despite my condition, to effortlessly immerse myself in many cultures, despite the fact that we are physically separated by thousands of miles. And if I can do it, anybody with access to a computer can do it -- you no longer have to be able to afford the cost of international travel to be a globetrotter.

Q: In the next five to ten years, what are some breakthroughs in technology that you’re excited to see – not just in telepresence robots, but other technologies that provide electronic access for people with disabilities?

A: The Holy Grail is a thought-controlled interface. Another more easily achievable one is the incorporation of voice controls into all electrical disability aids.

Q: What advice would you give to people in a similar position in terms of trying new technology to improve your interaction with the world and maintain your personal freedom?

A: First and foremost, definitely go for it; it does not have to be expensive and can change your life -- it certainly has changed mine. Remember, everyone needs something a little different, so be ready to customize solutions others have used so it works well for you. Consider soliciting the help of a local robotics club/class, either at a local high school or at the college level. They are often looking for projects.

And please, watch my Caltech talk on Evaluating Assistive Devices, and comb my website for inspiration and ideas.