Beam makes it possible for people to be in two places at once -- a game changer for speakers and presenters when traveling isn’t possible. This makes the use of telepresence technology to physically “be there” at any time, anywhere a powerful statement.

It proves that the future is here -- connecting our world, removing distance of location as a barrier, and embodying the future via telepresence in more profound ways than ever before. With telepresence technology, reaching a global audience hungry for leading-edge information poised to spark meaningful, progressive conversations is within reach.

Need an example? Look no further than TED Talks, designed to deliver “ideas worth spreading” from international speakers in short-form addresses. In the following four TED Talks, Beam’s telepresence technology brings speakers like Edward Snowden to local audiences all over the world, adding depth and context to the points each speaker makes, while providing inspiration for how Beam can be used to deliver your own important talks and presentations.

One of the world's biggest and most influential tech companies is led by an engineer from the South Indian state Tamil Nadu: Google CEO Sundar Pichai. In this TED Talk, Pichai speaks to the audience via an Beam. Bollywood legend Shah Rukh Khan interviews the visionary leader about a wide range of topics, from self-driving cars and other future technologies to Google’s initiative to provide all Indians with access to affordable, fully connected smart phones, the importance of passion when it comes to hard work, and his vision for how India (and the world) can leverage tech to realize its abundant potential.

Leila Takayama, social scientist researching robot-human interactions, TEDxPaloAlto (2017), “What It’s Like to Be a Robot.”

“It's a little bit like Ender's Game, right? There is a real world on that other side and I think it's our responsibility as people designing these interfaces to help people remember that there are real consequences to their actions and to feel a sense of responsibility when they're operating these increasingly autonomous things.”

In this TED Talk, social scientist Leila Takayama makes the point that robots aren’t from the future or outer space; they technically already live and work among us today. Common home appliances like dishwashers and thermostats that respond to our requests can, according to Takayama, be seen as robots – and yet they’re so integrated into our lives that we'd never think to call them that. Musing on a  future with even more robots, she shares her insights into the unique challenges of designing for human-robot interactions and reveals the many ways that in which experimenting with robotic futures can lead to greater understanding of the human experience itself.

Edward Snowden, former CIA employee and NSA whistleblower, TED2014: “Here’s How We Take Back the Internet”

“Your rights matter, because you never know when you're going to need them.” 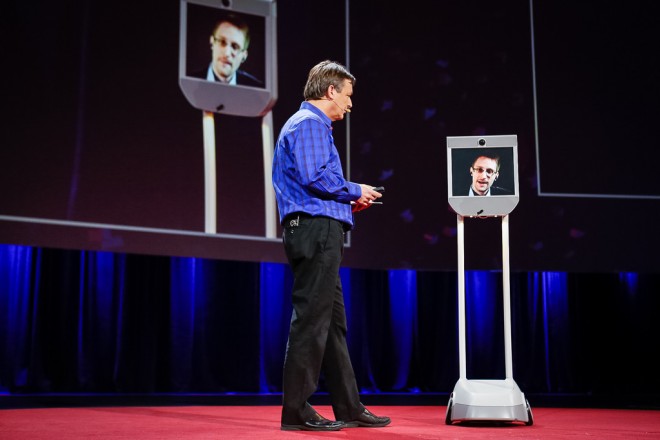 Having given numerous speeches over the last several years on a Beam, Edward Snowden is the perfect use case of how we like to see our technology put to use. In 2014, Edward Snowden beamed in from Russia to be interviewed by TED curator Chris Anderson about surveillance and Internet freedom. The right to data privacy, according to Snowden in this TED Talk, isn’t a partisan issue, but begs that we consider and rethink the role of the internet in our lives, as well as the laws that protect it. This Talk includes a special guest appearance by Sir Tim Berners-Lee, the inventor of the World Wide Web.

“… robotics will eventually provide a level playing field where one is only limited by their mental acuity and imagination, where the disabled are able to perform the same activities as everyone else, and perhaps better, and technology will even allow us to provide an outlet for many people who are presently considered vegetables.” 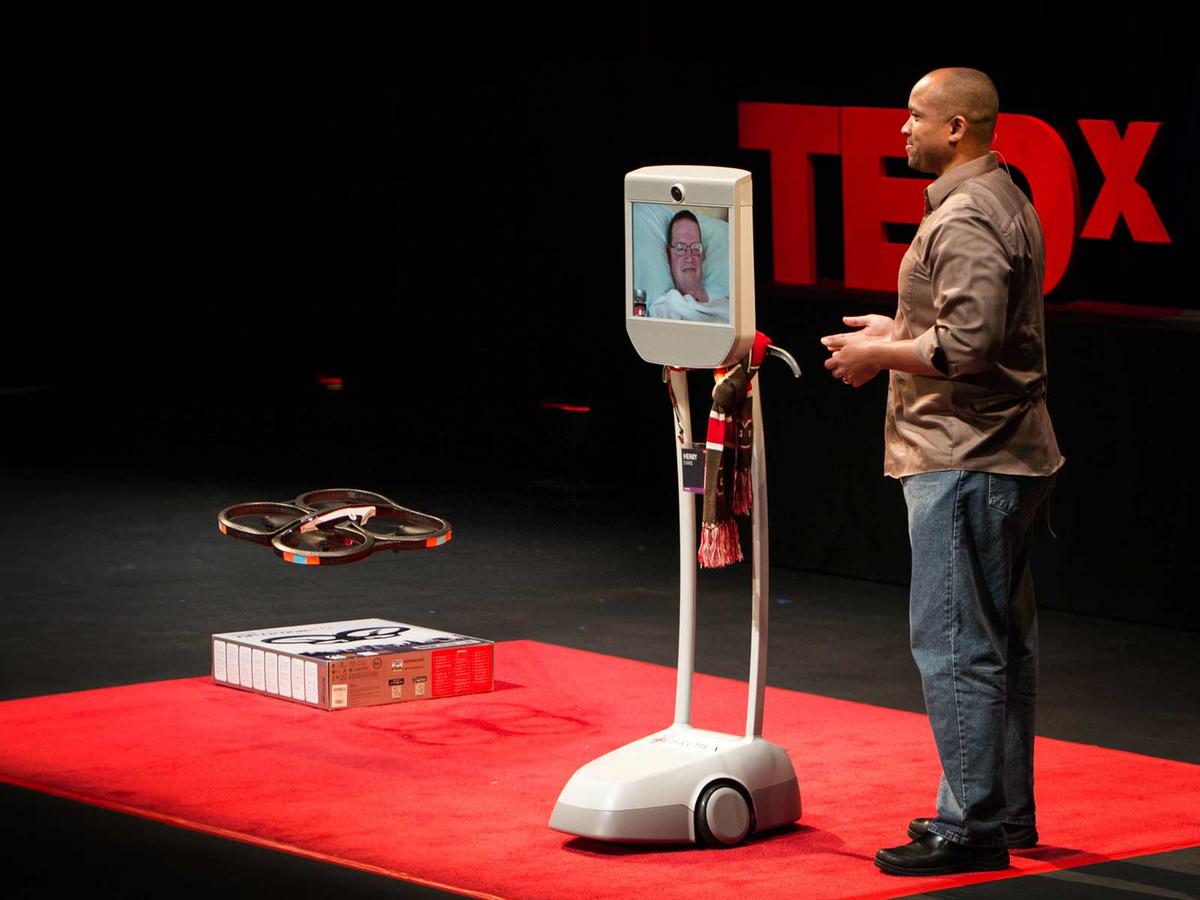 Paralyzed by a stroke-like attack caused by a birth defect, Henry Evans beamed in to deliver this TED Talk in order to demonstrate how he’s able to live a full and active life, thanks to new robotics that were customized for him by Robots for Humanity. He also demonstrates how drone technology, created by a team led by roboticist and computer Chad Jenkins (also featured in this video), helps him in his daily life, be it walking around a garden or giving a TED Talk.

Your presentation doesn’t have to be as high profile as a TED Talk to benefit from Beam. The medium serves both as the messenger and message, allowing you to deliver your big ideas to your audience, regardless of where in the world you -- or they -- are.