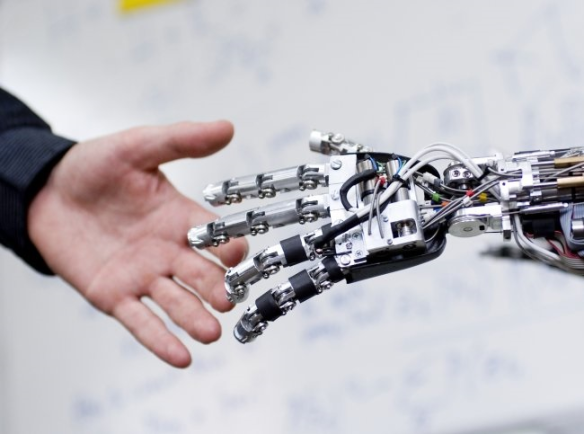 The notion of technology taking over our jobs is nothing new – from the imagined future of the beloved 1960s cartoon, The Jetsons to today, when Alexa does our shopping and orders our pizzas, human beings have been waiting for a tipping point where our work will be done by a machine.

And yet, rumors of our economic demise thanks to technological advancements have been greatly exaggerated. In fact, a new report from McKinsey Global Institute shows that while robots will shift how work is done – from low-skill jobs all the way to higher paying, more highly skilled positions – it will also open up new employment opportunities.

This resonates here at Suitable Technologies; from our perspective, technology isn’t “taking over” — it’s improving our livelihoods and lives. And we have history backing this assertion; just as electric washing machines and dryers replaced people (mainly women) who washed clothing by hand in the early 20th century and freed them up to use that time for other pursuits, including joining the work force to bring new values and ideas into play, so too will robots and other smart technology afford people more time for new creative projects and opportunities to contribute in ways that will make the world a better place.

So while it’s true that many jobs have been replaced by automation and certainly more will be supplanted over time (although as McKinsey reports it’ll be much more gradual and nuanced than imagined), what is occurring now — what will dominate the future — is a partnership between working people and technologists.

Technology is obviously a focus for us at Suitable. We often find ourselves talking about connecting people with Beam, as opposed to people “having” a Beam, the way you have an iPhone or a TV. It’s not a static device because what it does is create bridges. It fosters interaction and partnerships.

We may be shifting away from certain kinds of jobs — for example, will self-driving trucks replace truck drivers? The trucks and the technology that operates them still need to be designed and built. And improved. And replaced with something better.

Technologists are the new working people. We’re incorporating technology into everything we do. Kids learn to code as they learn to read. Coding is the new math; Fisher-Price makes a toy called a Code-A-Pillar to teach 3-year-olds the basics.

There are so many great examples of technology + human partnerships. This is an exciting combination of talent; the Mayo Clinic uses its da Vinci surgical system, with robotic arms and cameras, to “perform delicate and complex procedures that may have been difficult or impossible with other methods.” New York University has a similar program, which boasts less trauma, faster recovery and more precise results. I bet we all know of someone whose life has been touched, or even saved, by the powerful combination of a human and a robot. By a modern technologist.

Technology has been an equal partner in helping astronauts do their jobs since the inception of the space program. Drones are helping farmers take a closer look at their fields and irrigation systems, resulting in healthier crops and increased yields. Just like drones, Beam enables people to be where they want to be, for exactly the amount of time they want to be there, with a more human touch, of course.

You can’t beat the teaming up of smart technology and smart technologists. We believe this partnership will help us build a future that includes everyone.